Why Adelaide is great for exchange & international students 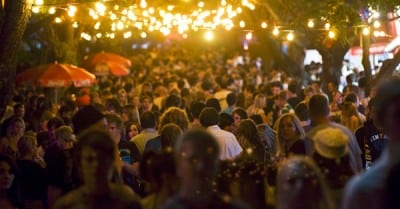 Thinking about making Adelaide your new home for university? But you need numbered reasons and Buzzfeed doesn’t seem to be enough? We’ve got a handful of some fun reasons to come study in Adelaide (and where to live to get the most of your experience).

1. City of Churches! We’ve got FESTIVALS.

You may or may not have heard of the Adelaide Fringe Festival (one of many visual arts, music, theatre, cabaret, and dance festivals we have all year round). But did you know that it is not only the largest arts festival in the Southern Hemisphere, it’s also the second largest arts festival in the WORLD? Little old Adelaide has something to strut. The festivals here have a show for everyone.

Most of the year, Adelaide is warm and sunny. Fewer rainy days than other Australian cities, we have famous wine regions, like the Barossa, Clare and McLaren Vale, close to the CBD. If you’re a runner or someone who enjoys being outside most of the year, Adelaide is your place. Go on exchange to a place where you can get the iconic Australian experience. Take full advantage of the sun, get out of the concrete jungle, and hike up Mount Lofty or have a picnic by the River Torrens.

Adelaide is known as the 20 minute city. Even with a population of over 1.3 million, all parts are easy to access by bus, bike or car. The airport is even just a 15 (or sometimes 20) minute drive from the CBD! Can Sydney and Melbourne say that? Nope, no ya can’t.

These 145-year-old markets have 80 plus stalls for all of your fruit, cheese, and coffee fixes. You’ll also find a pop-up bookshop, a Polish dumplings cafe, smoothie places, yoghurt shops and more. A little hub of deliciousness, the markets are a fun place to go to on the weekends. At the heart of Chinatown, after buying your fruit and veg, you can head to one of the many multicultural restaurants on Gouger and Grote Streets.

We did, pal. Haigh’s Chocolates is headquartered in Adelaide. With stores all over the city, you’ll never be far from your beloved, creamy chocolate covered almonds. There are other chocolatiers and dessert bars in Rundle Mall, Rundle Street, the Adelaide Hills…actually, we have a lot of chocolate. We don’t really know why we do either, but we’re going to happily roll with it (and in it)!

After-class drinks? After-class shopping? After-class feed? AFTER-CLASS MOVIE? Rundle Street has it all. From boutiques and record stores to fine dining and cocktail bars, Rundle Street is a sweet spot for young people in the city (and it’s close to both Adelaide University and UniSA campuses).

7. LINCOLN COLLEGE IS IN ADELAIDE

Yes – Lincoln College is IN ADELAIDE, friends. Rest your excited hearts, it really is the dream. We are student accommodation housing young people from around the world studying at the major universities in Adelaide. We are in North Adelaide, connected to the CBD near the Botanic Gardens and the Adelaide Zoo. Adelaide is a city of nooks and crannies, with us – the gem, obviously – in the middle. Look to our info to see what we can offer you as a resident! 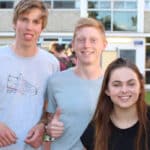 Tips for your move inBlog