Two weeks in May of fun, kindness and mayhem 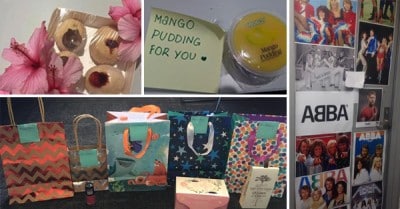 The month of May is always jam-packed, everyone is in a hurry before winter arrives properly and people strive to make the most of the shortening days. This was also the case at Lincoln. Within the space of a fortnight, the college enjoyed two exciting activities that brought a welcomed distraction from the usual university work.

Residential colleges provide a high standard of care and support in academia and individual wellbeing but they also deliver fun and exciting activities throughout the year. College events are always great because they involve your friends and everyone you live with. This year College Club introduced a new week-long event called Secret Stag. In a similar manner to Kris Kingle, individuals are given the name of another resident and the mission is to make their week brighter, by any means possible.

No one could have expected the explosion of gifts and generosity that erupted over the next seven days. The standard was set on the first day when it was raining, and a resident returned to their room dripping wet to find a little umbrella hanging from the door knob. This gift of consideration and perfectly aimed kindness set a precedent that people were more than willing to beat. 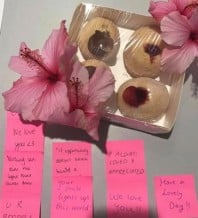 The most common and enjoyable treat throughout the week was chocolate. Walking back to your room from university, dinner or sport it was a common sight to see gift bags hanging from doors, waiting to be found. Little puns written on post-it notes accompanied gifts of doughnuts, chocolate cake, jars of Nutella and Mars Bars. As the week continued, doors were covered in ABBA posters, more puns, streamers and balloons. As a testament to effort, one girl was guided on a scavenger hunt with clues before receiving her gift.

Secret Stag was a tremendous success that had delivered seven days of astounding kindness and generosity shared over residents and friends. On the last night, names were revealed to give people a chance to sincerely thank their Secret Stag and then the clock struck midnight…. 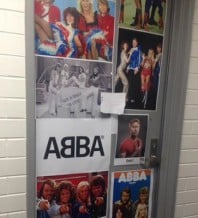 The game of Assassins is not a new event at college. It provides too much enjoyment for everyone who plays to have only be introduced this year. It works in a similar style of Secret Stag. In a game where participation is entirely optional, individuals are given a randomly generated name of a fellow student and the challenge is to surprise that student alone and reveal you were ‘it’. The student is then out of the game. The assassin receives the name of their next student and so on, until the college is filled with people who belong in the afterlife. However, those in the afterlife can still play a role in the game and help their friends win.

One of the things that make Assassin so enjoyable is the effort residents apply to it. People will stake outside a room for half an hour for the chance to win. No one goes anywhere without a partner in crime, someone to be their witness and everyone spends a great amount of time at meals where they are safe, surrounded by everyone. We laugh over friendly betrayals, failed strategies, absurd ambitions and exaggerated recounts of what happened. Eventually, through mistakes, error and trickery more people begin to ‘die’ in the game and we’re able to relax and watch the game on the outside as a spectator.

Secret Stag and Assassins are two examples of fun events run in college that you can participate in and enjoy. Despite the name of Assassins, both revolve around fun, excitement and friendship before the seriousness of SWOTVAC and exams sets in. 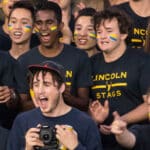 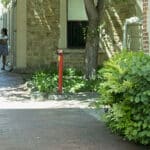