Sport, not your thing? You might be surprised at Lincoln. 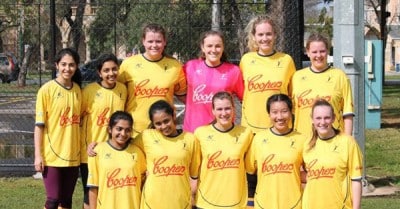 I am not athletically inclined, I’ll be the first to admit that. I was one the kids who “accidentally” (on-purpose) forgot my PE clothes at high school and happily sat on the sidelines while other kids ran around chasing sport balls or each other or just running for the sake of running (ergh). On athletics days I would bring my home-made pom poms and cheer on my team till my voice got hoarse but I would never ever enter any of the track or field competitions.

When I moved to college, there were plenty of opportunities to play sport. It took me a while to enter one but I’m so grateful I did. Last weekend was the last round of inter-college soccer and despite the mud and the rain and the wind, it was so much fun. The girls team had been training in preparation for weeks leading up to it. Lincoln is close to the Adelaide park lands and it only takes 5 minutes to arrive at the soccer fields. In the weeks leading up to the game, we practiced dribbling the ball, passes, kicking goals and attempting to master a header. By the time the game arrived, we were ready for it.

The night before had poured rain across the field, forming giant puddles and everyone either stomped through or picked their way through on tippy-toes depending on how much they wanted to keep their socks dry. Protected in shin-pads and soccer boots we tried to intimidate our opponents in our warm ups and cheered ‘Go Stags!!’ in our loudest voices before getting into position. The ref blew his whistle and we were on. In the defense line, I watched our team dodge and weave around opponents and show off fancy footwork. Our goal keeper caught ball after ball with her fingertips and we were elated, running around the field fueled by adrenaline and enthusiasm. We lost both of our games, but everyone had a good time and we knew we played well. The boy’s soccer team who had had a calendar 345 days ago counting down the days till soccer was also on fire. The ball jumped across the field from one head to another and sailed through the air on strong kicks. The boys managed to take home one draw and two wins.

Lincoln loves sport but we don’t always win which creates a space for anyone who just wants to be involved, like me, who has little coordination and no experience. There’s a real sense of entering sports purely because it’s fun and it’s provides the chance to know the people who live with more. Throughout the year, the sports are swimming, debating, netball, hockey, footy, basketball, soccer and athletics. I can’t wait to win some of them with you! 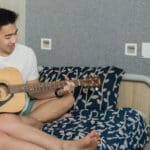 5 tips to get the most out of University Open DayBlog 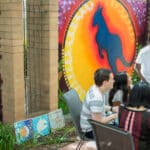