Degrees of Lincoln – how our residents chose their area of study 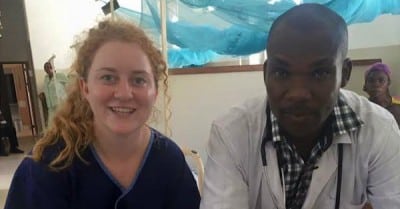 Health Sciences at The University of South Australia

In high school, I knew I wanted to enter the medical field but was less certain in which capacity. It was not until my volunteer experience in Tanzania that I knew exactly what I wanted to pursue. After gradating from high school, I heard about a newly established volunteer program called ‘Gap Medic’ that offered international volunteering experiences to students studying health related fields such as medicine, dentistry and midwifery. I jumped on the opportunity and weeks later, just 17 years old and from rural Australia, I stood in the heat of Tanzania, Africa.

I volunteered at a regional village hospital, dividing my time in the paediatrics wing, assisting in wound dressing, medical distribution, taking blood and delivering injections and in general surgery where I helped surgeons in sterilising equipment, holding equipment and learning to suture stitch. During my volunteer experience, I was exposed to the very real health concerns of a remote village isolated from major hospitals and equipment. One extraordinary experience has stayed with me, a boy riding his motorbike hit a pothole, hurled over the handles and skidded to a stop but not before gravel buried itself into his torn muscles. In a hospital with no anaesthetic, the volunteers took turns letting him clench our hands in agony as someone picked the gravel out of his leg. Being able to witness his recovery over the following weeks affirmed my conviction to enter the medical field and pursue physiotherapy. I’m now enjoying my health science degree with the intention of pursuing a Masters in Physiotherapy.

International Development at The University of Adelaide

In high school, particularly in the final years there was a prevailing idea that science subjects achieved the highest scores in VCE and thus, lead to the best university courses but if there’s one thing I know, it is that maths and I are not compatible. I have always had the vague understanding that wherever I ended up, it would be in realm of humanities so I decided to choose subjects I enjoyed the most and see where it took me. In my first year of university I enrolled in a Bachelor of Social Sciences and while I enjoyed it, there was too much of a focus on Australia’s national interest while I wanted to learn about world history and different cultures. So the next year, I transferred to International Development. It sometimes surprises me sometimes how much I love my degree. I think I enjoy studying it so much because the course revolves around the varied experiences of humans and nations. It explores everything from history, religion, gender and politics and the dynamic way they interact all within the context of problem solving and making a positive change in the world.

Law at The University of Adelaide

I started a science degree at Victoria university in my home country of Canada but within the first few months of physics and chemistry I knew I didn’t enjoy it enough to continue my studies in science. Compounding the decision to change degrees was the thought of potential career prospects. Finding a career after university is a thought that stays in everyone’s mind, and it’s a big deciding factor. I changed to law and a new country, attending university in Townsville, Australia before University of Adelaide. Law is a fascinating course as it affects everyone in daily life but despite the commonality of it, not many people understand the nuances of the law. My favourite course, contracts is applicable to every day life and is a practical topic to study. Law is also relevant to so many careers and opens up lots of opportunity to choose from.

Agriculture Science at The University of Adelaide

Growing up in a small country town, Naracoorte, I’ve been surrounded by open paddocks and aware of environmental problems since a young age. The millennial drought was always present growing up, when buckets covered the shower floor and taps were secured tightly.

I didn’t fully comprehend the drought when I was seven but I knew dry dams and cracked river beds were not welcomed. For university, I knew I wanted to study something that was predominantly based outside, so in year 12 I studied studied biology, chemistry, agriculture and my research project examined the question ‘How to Look After a Kangaroo Joey’.

I begun university in Adelaide under a Bachelor of Animal Science but felt that career options were limited in animal science. Agriculture science presented itself as the better degree as for every graduate, there are five jobs available. Agriculture can also lead to so many pathways, ranging from animal welfare and livestock, consultancy, sales representation and research. Studying agriculture at university enables me to learn about the environment in an in-depth and critical way. Agriculture has been a vital industry to humanity for centuries and I enjoy learning how to solve food insecurity and the consequences of climate change. I love my course and can’t wait to see where it takes me.

Physiotherapy at The University of South Australia

When I was in high school I wasn’t sure what I wanted to study at university. During my final years of school, I was competing at an elite level in cycling and had a pretty busy schedule of flying to and from the mainland to attend national competition and races every month. I enjoyed cycling and had ambitions of going professional after I had finished school. My coach from the Tasmanian Institute of Sport encouraged me to attend university instead of just focusing on cycling despite not being certain of what to study. I’ve always been interested in physiotherapy, being part of the cycling team had given me a had a good sense of what the job entailed and it really appealed to me how they helped people. However, physiotherapy is highly competitive so I compromised by entering health science at University of Tasmania and continued cycling. When I found out that health science could be pathway to Physiotherapy I put in all my effort to transfer and applied around Australia. I was successful at the University of South Australia and was granted six months’ credit for my previous study. I really enjoy my course; it is a practical subject that’s also rewarding as I get the chance to help my clients by problem solving. My idea of success in this job would be to open a private practice and foster professional ties with an elite sport team. 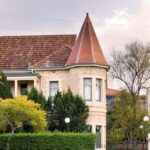 Acclaimed author and Lincoln alumnus, Garry Disher talks about his time at Lincoln and strength of imaginationAchivement, Blog, History and Culture
Welcome week at LincolnBlog, Celebration