Acclaimed author and Lincoln alumnus, Garry Disher talks about his time at Lincoln and strength of imagination

By Lincoln College
Posted July 18, 2018
In Achivement, Blog, History and Culture
Acclaimed author and Lincoln alumnus, Garry Disher talks about his time at Lincoln and strength of imagination2018-07-182018-12-18https://lincoln.edu.au/wp-content/uploads/2019/12/web-header-lincoln.pngLincoln College, Adelaidehttps://lincoln.edu.au/wp-content/uploads/2018/07/banner-default-1.jpg200px200px

‘One doesn’t arrive on earth fully formed as a writer, you become a writer, and it takes years.’ 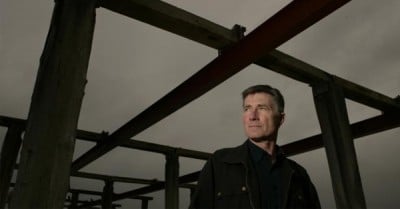 These words of wisdom are from Lincoln Alumnus, Garry Disher, who lived at Lincoln from 1968 to 1971. As a published writer for 30 years and the author of more than 40 titles, ranging from fiction for adults to children, short stories, writing guides and textbooks. It is undeniable that Disher has not only become a writer, but an acclaimed Australian author.

Surrounded by books in his childhood, Disher’s love of reading emerged into an ambition to become a writer at a young age.

‘I was a child when I decided to become a writer. I loved reading so much, losing myself in stories, my father didn’t read bedtime stories to me but his own, made-up ones, and so I saw from an early age someone using their imagination to create fictional worlds’.

Disher’s father also encouraged him to further his education with the warning that “farming is a mug’s game, son”. Disher, himself, also wanted to develop skills of own and weave more stories from mere imagination into existence.

He studied a Bachelor of Arts at University of Adelaide and submitted creative pieces to Lincoln’s annual magazine where he stayed in his undergraduate years. In his final year, he became co-editor of the university’s student magazine On Dit. Disher also received a Master of Arts from Monash which was the ‘greatest help, for it was in Australian History that I developed research skills and a knowledge of library, archive and war memorial holdings, which helped with some of my novels set in the past.’

Disher then received a creative-writing scholarship to Stanford University in 1978 ‘where I honed my skills over there in one very intensive year’.

Despite always knowing that writing was his intention, choosing which path to take has often provided a challenge.

But Disher must have done something right as he has been the recipient of many awards and prizes and cherishes them all.

‘They all meant a lot to me, even the odd ones,’ referring to three German Crime Fiction awards!

His advice to all aspiring writer is to be a reader and read widely.

‘To be a writer you need to be a reader. Write, rather than talk or dream about writing. It’s helpful to surround yourself with the wider community of writers. Enter poetry and short story competitions, seek out writing groups and workshops on and off campus, read book reviews in the weekend papers and seek out knowledgeable booksellers and librarians,’Disher said.

As a last piece of wisdom Disher advises aspiring authors to,

‘Develop a thick skin. Be patient. Be persistent.’

Certainly, Disher’s persistence wore off and his acclaimed novels have provoked fans to send him appreciative letters. Lincoln is proud to have a selection of Disher’s works in the college library for residents to read, and Disher has promised to sign them for us next time he is in Adelaide.

Garry Disher’s latest titles are “Her” and “Under the Cold, Bright Lights”. 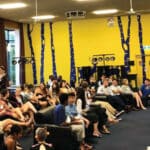 Moving to Lincoln? Here’s what to expect on move in day.Blog, Celebration, Tradition 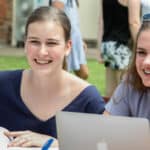 Degrees of Lincoln – how our residents chose their area of studyBlog